Start Your Novel Off With a Bang 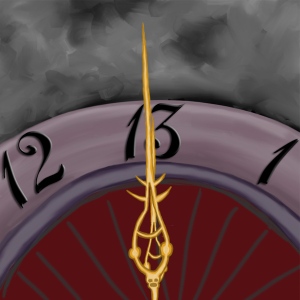 Don’t Be A Victim Of Opening-Line Paralysis

I suspect you’re eager to keep reading because I have teased you with the notion that I can help you. That’s because I wrote a strong, provocative opening line.

Non-fiction writers, especially journalists, know about the importance of a strong lede. (Yes, we spell it that way in the biz.) I’m sure you do this for your own writing projects whether they’re reports, whitepapers or anything else you churn out.

Here are some ideas for writing compelling opening lines:

1 – Don’t worry about it – for now. For starters, just write anything that sounds halfway decent. There’s plenty of time to hone your awesome first lines later. To me, first lines are like titles; you have working titles and then make it better when you’re done with the book. Don’t let ‘first line perfection’ hold you up.

2 – Study classic first lines. Although this list purports to be the 100 best first lines, some are stinkers, (especially the longer ones) but most are excellent. Why? See the next point.

The best first lines compel you to continue reading. They are provocative. They make you curious about what comes next.

Check out the opening lines of my novel-in-progress:

“Did the frail have a heater?”

“What the hell’s the matter with you? Talk English.”

I forced my words out. “Did the woman have a gun?”

It’s pretty good for now, the tempo is strong. I may change it when the book is finished.

Compare it to my first published novel’s opening line.

“Barnett walked into the squad room just as the small weekend shift got underway. He went quickly to his desk and didn’t say hello to anyone. He wasn’t even supposed to be there.”

Meh. You want to know why he’s unwelcome in his own squad – it’s a hook for sure – but it’s not as strong an opening as it should be. The rest of the book makes up for it.

4 – Resist opening with a poem. Some people believe it sets a tone. True enough but the same rules apply. It  must compel the reader to read the next line, or in this case, the entire book. I admit publicly and without shame that I often skip poems on the first page of novels. Most of the time they don’t do a thing for me. I want to read something you wrote, not what someone else wrote. The same thing goes for quotes. Use them at your peril. (Exception: Funny or quirky quotes work well in funny or quirky books.)

5 – Keep your first sentences short. Nothing turns off readers more than long sentences at the beginning of a book. Readers want momentum and fast pacing even in expansive literary fiction. George Orwell’s opening line to 1984 is a winner. “It was a bright cold day in April, and the clocks were striking thirteen.”

I particularly wanted to include this example because it goes against another piece of advice.

5 – Never start a book with weather. Elmore Leonard said this and he’s right, but Orwell shows you can do it if your opening line is super boffo. Why do you think everyone makes fun of “It was a dark and stormy night?”

A weak opening line will not make or break an entire book but why tempt fate? Readers have short attention spans. Remember, the most cited reason, by far, for not finishing a book is because it’s slow or boring. (See the following chart.) Why start off with a bad mark against your book?

The bottom line on opening lines is this:

Your goal for opening lines is to get the reader hooked and compelled to read more. Break any rules you want, except that one.

One thought on “Start Your Novel Off With a Bang”