Where Do You Keep Your Ideas?

Where Do You Keep Your Ideas?

One of the questions I get from non-writers (aka civilians) is ‘where do you get your ideas?’ Because I’m a natural-born contrarian my answer is that this is the wrong question to ask. The question that should be posed is: ‘Where do you keep your ideas?’ 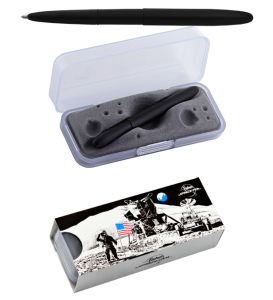 Every writer I know (and I am friends with a shitload of other writers) carries a small notebook and a pen. Some youngsters use their phones, but I find that it takes too long to tap out a quick note about some brilliant phrase or first line. (Note to self: Find out how young women keep their phones in their back pockets without crushing them. There are probably some Youtubes on this.)

Anyway, the paper part is easy. Small notebooks are all around us including the much revered Moleskine. Is it skin or skeen? Nobody really knows. Many writers simply carry a slip of folded- up paper or, for those working on an epic, the register receipt from CVS can handle all you can throw at it. It’s rumored that Harry Potter and the Deathly Hallows was outlined on such a strip after J.K. Rowling popped into the pharmacy to pick up some blush. In conclusion, any paper or pad will work, and you get extra points for carrying a spiral notebook with the springs popping out. (I used to carry a cop notebook. You know, the leather kind that flips over the top, but people kept asking to see my ID.)

If you’re wearing a shirt with a breast pocket you can always clip a pen there. Only kidding. Never do that. You might be mistaken for a CPA or worse.

Women have an edge here. If you’re carrying a purse, the pen goes there. Problem solved albeit it’s a sexist solution. What if you don’t adhere to gender stereotypes? Read on.

I have a buddy who carries a shortened ball point refill in his wallet. He got it in the mail from a charity asking him to write a check with it or the doggie will die. Not sure what happened to the sad-looking mongrel, but the pen still works after all these years.

Front pants pocket? Ouch when you sit down. Back pocket? See above reference to carrying cell phones in your hip pocket. The only answer, besides the tiny pencil that you took from the mini-golf course, is the Fisher Bullet Space Pen. It’s shaped like a longish bullet (natch) and you remove the cap, turn it around, place the cap on the other end and you have an almost normal-sized pen. I haven’t timed this process, but trust me that you won’t forget what you want to write down. The pen doesn’t leak, there are no pointy ends to pierce your pocket and, get this, you can write upside down with it. Yes, it’s the famous astronaut’s pen. (“Jerry, take the pen!”) I’m not hawking this product for money, and I have a feeling that knockoffs probably work fine. You can buy one on Amazon for less than $20. You don’t need to be fancy; get the black one. And for heaven’s sake don’t get the clip accessory. That would be crazy.

One last thing: Always keep you pen and pad by your nightstand so you can write down ideas that come in the middle of the night. I do most of my writing while I sleep and you should, too. It saves time during the day so you can go to the gym which you always promise yourself you will do – if you didn’t have to write.