Writing Lessons from a Pulpster

I just read The Pulp Jungle, the autobiography of author Frank Gruber. 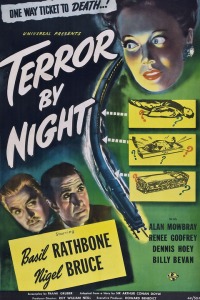 Unless, like me, you’re a fan of pulp authors, you might not know the name or any of his pseudonyms like Stephen Acre, Charles K. Boston and John K. Vedder.

Gruber died in 1969 at the age of 65 and during his lifetime he was one of the world’s most prolific writers. He wrote more than 300 short stories for over 40 magazines, more than  sixty novels, and over 200 screenplays and television scripts.

His books have sold over 90 million copies and translated into scores of languages.

During his prime, he wrote more than 800,000 words a year. He worked in the morning; he worked at night. He wrote on weekends. He typed away on a manual typewriter for most of it.

By his own admission, some of his work was excellent. Some of it less so. But still he wrote.

He was driven to succeed as a writer, which to him meant he made a decent living for him, his wife and son despite receiving rejection after rejection. He never gave up and submitted his work sometimes retyping stories if the manuscript became dirty or torn from the overhandling of editors who refused them.

He mainly lived in New York with other pulp writers who were his friends, people you may have heard of like L. Ron Hubbard (Yes, that L. Ron Hubbard), Max Brand, Carroll John Daly and Cornell Woolrich. Like them, he started out working for ¼ of a cent per word until he broke into the ‘big’ magazines like Argosy, Field & Stream, Black Mask and Thrilling Detective. They would live in tenements, shimmy around landlords to whom they owed back rent, and made meals of ‘tomato’ soup which they fashioned from automat ketchup, hot water and free crackers that were meant for customers actually buying soup.

In case you were wondering, the name pulp was taken from the cheap paper pulp used in these magazines. When your writing took off, you would work for the more expensive glossy paper magazines that the writers called “slicks.”

It was an age, during and after the great Depression, when publishing houses came and went, producing hundreds of monthly or weekly pulp magazines for a population for whom reading lurid and exciting tales was solid entertainment and an escape from the economic horrors around them.

Next came dime paperbacks and Gruber and his fellow ‘pulpsters,’ as they called themselves, toiled to fill pages of these paperbacks that were tucked into back pockets and purses. It was the beginning of publishing houses that you probably have heard of like Dell, Penguin and Farrar & Rinehart.

It was a rough life, living hand to mouth, but they enjoyed whatever money they made (they usually picked up their paychecks in person on Fridays) and would get together for parties that evening. There was no food, just gin and some lemonade or seltzer as mixers. Gruber tells the story of one party at the temporary apartment of writer George Bruce that brings home the idea of what it meant to be a pulp writer.

“It was a rather small apartment and thirty-something guests were jammed into the place so that you could hardly move around. About ten o’clock in the evening George announced that he had a deadline for a twelve-thousand word story the following morning and had to get at it. I assumed that it was a hint for the guests to leave, but such was not the case at all. George merely went to his desk in the one corner of the room and began to bang his electric typewriter. George sat at that typewriter for four solid hours, completely oblivious to the brawl going on around him. At two o’clock in the morning, he finished his twelve-thousand words and had a drink of gin.”

Gruber and his fellow writers went where the money was. He wrote Westerns when they were in vogue, detective stories when they were big and horror stories when readers couldn’t get enough of the genre. Gruber went to Hollywood on and off where he wrote scripts and later TV shows. You might know some of his novels or short stories, that that were turned into movies, his original screenplays or his early TV shows: Zane Grey Theater, Death Valley Days, 77 Sunset Strip, Dressed to Kill, Terror by Night, The Kansan, The French Key and Shotgun Slade.

Towards the end of his career, Gruber made a good living but it took years for him to get there. Now, along with many other writers of his era, he is enjoying a resurgence among readers.

For today’s writers, his career offers many lessons.

First, never give up. The pulpsters understood that to be successful in the long run, to actually make a living as a writer, they needed quantity and quality. Competition among writers was fierce and editors were picky. You had to deliver good product and lots of it.

Second, accept that writing is hard work. It’s physically hard on the body and the mind. It’s not easy to sit for hours on end when it’s much more fun to go out.

Third, learn to live with all of this plus the loneliness.

He writes: “Only a writer who has endured the writing of a dozen stories, of a hundred, of four hundred, understands the agony that went along with those countless hours of mental aberration.

“And only a writer who has endured all of it knows about the terrible loneliness.

“A writer is truly alone. He sits and thinks, works and reworks his ideas, his thoughts. And then he writes and rewrites. And while he is doing all of this, he is utterly alone.”

Takeaway: If you can’t be alone for long periods of time, seek another line of work.

Fifth, and last, understand that your stories must be, as Gruber put it, “unusual.” Heroes must be colorful, different, unique. His series characters were certainly that. There was a crime-solving encyclopedia salesman named Oliver Quade, Shotgun Slade who was a wild West private eye and the private eye team of Otis Beagle and Joe Peel who alternated between being legit detectives and swindlers depending upon if they got caught in the act of larceny.

The same ‘unusual’ tag applies to backgrounds themes, motives and murder methods. “The streets of the big city are not necessarily, colorful. If they’re not, make them so,” he wrote in his 11-points that all mysteries must contain. On the Thrilling Detective website you will find Gruber’s 11-points taken from The Pulp Jungle.

Gruber never forgot what readers really want above everything else. They crave to be transported away from their lives to a more ‘unusual’ place than where they’re living now. It may sound obvious but it ain’t easy to do.

It requires imagination, hard work and guts to write ‘unusual.’