A New Era of Pulp Fiction?

A New Era of Pulp Fiction?

I have been waiting for an announcement like James Patterson’s “Book Shots” to cement my ongoing belief that the modern age of pulp fiction is upon us. 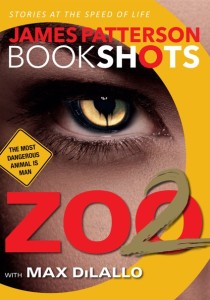 Patterson’s new book machine is producing novels “under 150 pages for under $5.” It promises: “Life moves fast – books should too… Impossible to put down. Read on any device.” The website also touts: “All Thriller. No Filler.”

The reason for this foray into modern pulp with their short-page count and compelling covers is obvious. Our attention spans are shorter, and we all carry our phones and devices around with us. But the idea is cleverer than that. These books are first focusing on thrillers and romances therefore adhering to the top two reasons why people read novels: entertainment and escape. These genres offer both – in spades, sweetheart. 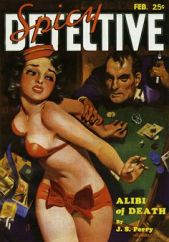 As many of you know, I’m a fan of pulp novels. I relish the fast pace, the vivid language and colorful characters. These pulps (named for the cheap paper they were printed on) spawned a stable of fast-writing authors who were paid miserly and, in order to make a living, churned out books by the cartful. In between books they wrote serials and short stories for magazines like Black Mask and Argosy. They moved back and forth with ease.

The books were short, cheap, (yes, I mean inexpensive) engaging, had tons of action, and their lurid covers promised titillation. Ditto for the pulp magazines.

What I see now mimics the age of pulps. Online magazines have taken the place of physical magazines along with lots of writers who are writing lots of books. I especially see this in the indie book explosion where many authors produce books by the score charging low prices and even giving away free copies to entice readers to their later works.

But here’s the killer difference. Most of the modern-day pulpsters are not working for  publishers who pay them a pittance. (I don’t know what Book Shots pays.) They’re taking a flyer on themselves, paying their own way into the self-publishing game and ginning up their own covers. They no longer need a jamoke with a printing press. 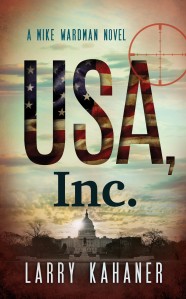 What happens next? Will we see world-class writers emerge from this burgeoning sea of modern pulp authors? Will publishing history repeat itself?

I certainly hope so. Between prolific indie authors and commercial powerhouses like Patterson’s Book Shots, everything is in place for a new generation of writers to pay their dues and take their place with the break-out pulpsters of the past.

Shameless plug: To read an excerpt from my Kindle Scout book “USA, Inc.” click here. If it is nominated, you get a free e-book and my appreciation.

Part 2: The Hidden Cleverness of Amazon 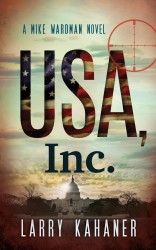 Amazon has disrupted the traditional publishing business which consists of the following flow: the author who writes the book, to the agent who acts as a filter for publishers and the publisher who produces the book. The last link in the chain is the bookstore. In the olden days, the publisher would not only acquire, edit and print, but market, promote and sell the book. However, in the past few years, publishers have taken less of a role in marketing, promotion and publicity, leaving much of it to authors. (Except for top authors who still get this treatment even though their books don’t need it.) And publishers certainly do far less editing and working with authors’ writing than ever before.

At every step in this worn-out process, Amazon has inserted their monkey wrench. They took on bookstores by making physical browsing obsolete. You now can read the first few pages of any book on line without charge. You can even return an e-book if you don’t like it. For better or worse, bookstores are disappearing or morphing into coffeehouses.

Next, e-books. Although they didn’t invent e-books, they made it a real business. E-books cut publishers hold on physical printing. Unfortunately, e-books led to lot of crappy books, because Amazon and others made publishing  e-books just too easy. It’s a shame because a lot of really good books, from unknown and even known authors, are being drowned in a sea of publishing dreck. We need a filter, someone like an agent.

When an author submits a book to Kindle Scout, the editors at Amazon (many of whom are highly-skilled editors laid off by the publishing industry during the recession) become the first filter, the job of agents. They don’t accept every book that comes their way which is a plus for potential readers because they don’t have to wade through a ton of poor books to find one they want to read.

But it gets better.

Readers, who are attracted to the cover and the teaser line, read the excerpt and vote if they would like to read more. Authors, of course, are compelled to not only produce a ‘selling cover’ but the promotional material, and then cajole readers to sample the excerpt. In essence, authors are doing the jobs that traditional publishers have given up on – which publishers now expect most authors to do anyway. As an incentive for doing this work, Amazon gives authors about half of the proceeds, a much larger chunk than traditional publishers.

If your book is not chosen to be published by Kindle Scout, many authors will then self-publish because they already have a great cover, followers who voted for their book and the confidence and marketing/promotion skills they learned during the campaign. Kindle Scout is like a training program for authors.

The best part is that readers have their pick of professionally-written, vetted books that are a cut above the slap-dashed self-published books that are flooding the market.
Bottom line for Amazon: They get to sell better-written books with compelling covers by authors who know the business side of writing.

Amazon is just so damn clever.

Shameless plug: To read an excerpt from my Kindle Scout book “USA, Inc.” click here. If it is nominated, you get a free e-book and my appreciation.