This is one of those blog posts that gets me in trouble.

I don’t do it on purpose. It’s just that some things bug me, and I can’t be quiet about it. 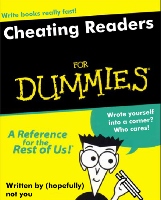 Here it is: Stop writing crappy dystopian, sci-fi, and fantasy novels. I know I’m lumping them together, but they’re related as far as my beef is concerned. In fact, I’m just going to use the word fantasy from now on to encompasses these three genres.

Why do so many people write terrible fantasy novels? Because it’s easy.

Whoa. Writing a book is easy? No, never. Writing is hard. I know; I’ve written many books, fiction and non-fiction, and anyone who can finish a book gets an attaboy or attagirl from me.

What I’m talking about are writers who use the fantasy form to write awful books, because this form, more than any other (except maybe romance novels; I’ll get to you in a subsequent post) allows writers to be lazy and defraud their readers.

Here’s an example: One of your characters is trapped in a room and there’s no way out. Suddenly, they fish out a special piece of something from their pocket that transports them away. We had no clue about this magical item beforehand. It’s lazy writing. Its cheating. One of the hallmarks of strong authors is the ability to put their protagonist in a bind and get him or her out cleverly without resorting to trickery. Mystery writers are usually pretty good about it without pulling out a gun that just happened to be hidden in someone’s boot. But even some bestselling authors succumb to a savior parachuting in – a rescuer we’ve not seen before. In one mystery novel I read from a super successful author you were to wonder about the killer’s identity. As you should. Surprise. It was a long lost twin who came into the picture toward the book’s end. We had no idea this person existed and there were no clues to his even being alive. Cheater.

Fantasy author Patrick Rothfuss alludes to this problem when it comes to using magic. He writes: “If you want to write a fantasy story with Norse gods, sentient robots, and telepathic dinosaurs, you can do just that. Want to throw in a vampire and a lesbian unicorn while you’re at it? Go ahead. Nothing’s off limits. But the endless possibility of the genre is a trap. It’s easy to get distracted by the glittering props available to you and forget what you’re supposed to be doing: telling a good story. Don’t get me wrong, magic is cool. But a nervous mother singing to her child at night while something moves quietly through the dark outside her house? That’s a story. Handled properly, it’s more dramatic than any apocalypse or goblin army could ever be.”

How to prevent this from ruining your book is actually pretty easy. Don’t write yourself into a corner just because you want to make your work as dramatic, scary or provocative as possible. It’s okay not to know ahead of time how a character will get out of a jam, but do it in such as way that’s not ridiculous or unexpected.

What if the US were run like a corporation and a madman was in charge? Check out my  latest thriller “USA, Inc.” now available in eBook and paperback. All my books have a money-back guarantee.