One of the challenges of using your non-fiction skills and experience to write fiction is the issue of characters. Much of work-related prose doesn’t feature people. There are exceptions of courses – you may have written a profile – but even then, you only touch on the person’s personality because the story is usually more about his or her work. 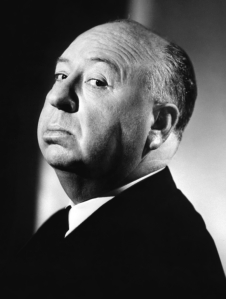 “In the old days villains had mustaches and kicked the dog.” — Alfred Hitchcock

Novel writing is different. It’s all about characters. It’s all about how they feel, how they act, how they relate to others, their demons and on and on. Readers want to know these people in great detail. If you, as a writer, don’t make the reader understand and care about the characters (and that holds for the bad guys, too) then no amount of clever plotting is going to make your novel a success.

How to do this? Simple.

In books, as in life, we judge people by their thoughts and actions, but mainly by their actions. If you want the reader to emotionally connect with your characters have them do something that elicits an emotional response. For example, Shakespeare had an easy and immediate way of telling the audience who were the evildoers. They would walk on stage and kick a dog. They would do it in a way as if the dog were a contemptuous creature. What could be a more heinous act but to hurt an innocent dog? On the other hand, as movie director Alfred Hitchcock noted:

In the old days villains had mustaches and kicked the dog. Audiences are smarter today. They don’t want their villain to be thrown at them with green limelight on his face. They want an ordinary human being with failings.

I partly disagree with Hitch. Although audiences are indeed more sophisticated than those before them, the old villain tropes still work – and they work well – because they register an emotional click of disgust from readers.

If you want your readers to know who are the evil people then have them do or say something mean or evil. Do it from the get-go or do it later. Either way, do it with fervor. Make the readers skin crawl at their actions and behavior. Do it blatantly. This is no time for nuance.

In my current novel, I show this technique in a flashback. Mike (the good guy) and Wally (the bad guy) are at odds about whether or not to storm a hostage situation. They are both federal agents. Mike wants to wait, to save lives, and Wally wants to go in immediately to make a name for himself with his superiors. Wally is the boss and forces the issue, sending in a strike force against Mike’s advice. Mike’s only choice is to go in and cover his men. Of course, the operation is a disaster; hostages die.

Pick up the action after the failed siege…

Mike sat in the back of an ambulance as an EMT shined a penlight into his eyes. “I’m fine,” he said, as he pushed the paramedic’s arm away.

One month later, a board of inquiry cited Mike for storming the office without just cause. They encouraged him to resign. Unfortunately, the two-way radio recordings that would have proved his innocence, were accidentally erased. The official reason leaned toward a technical malfunction.

What a rat. What a weasel. Wally erased the recordings that would have shown Mike was right and he was wrong. It cost Mike his job and his reputation, not to mention the dead hostages. Wally, of course, moves up in the agency which makes us hate him even more.

Think of this as a modernized version of kicking the dog.